What a fantastic day! We woke up early in the morning, had a mediocre breakfast, and dragged our ungodly amount of luggage into the bus. We rode for a while on the bus, and took in the beautiful sites of the West Bank. We saw sand and buildings, and that’s about it. Soon, we arrived at the house of Rabbi Uri Pilichowski, an American political activist who moved into to the West Bank with his family a year ago. Among other things, his perspective was that Palestinians needed to commit to peace, that a one-state solution is impractical, and that Jews who live in the West Bank should not be considered “thieves.” He mentioned that the homes in the West Bank were significantly cheaper than in nearby Jerusalem influencing people to move to the West Bank, even without a political agenda. We asked critical questions and had a very deep discussion about issues of the West Bank. We then piled back on the bus, and headed for the lowest point on earth, the Dead Sea! While driving to the Dead Sea, we passed by Jericho- the same city that the Israelites saw and conquered after their 40 year journey out of Egypt thousands of years ago. Unfortunately, due to tension of the geopolitical nature, we were unable to enter. 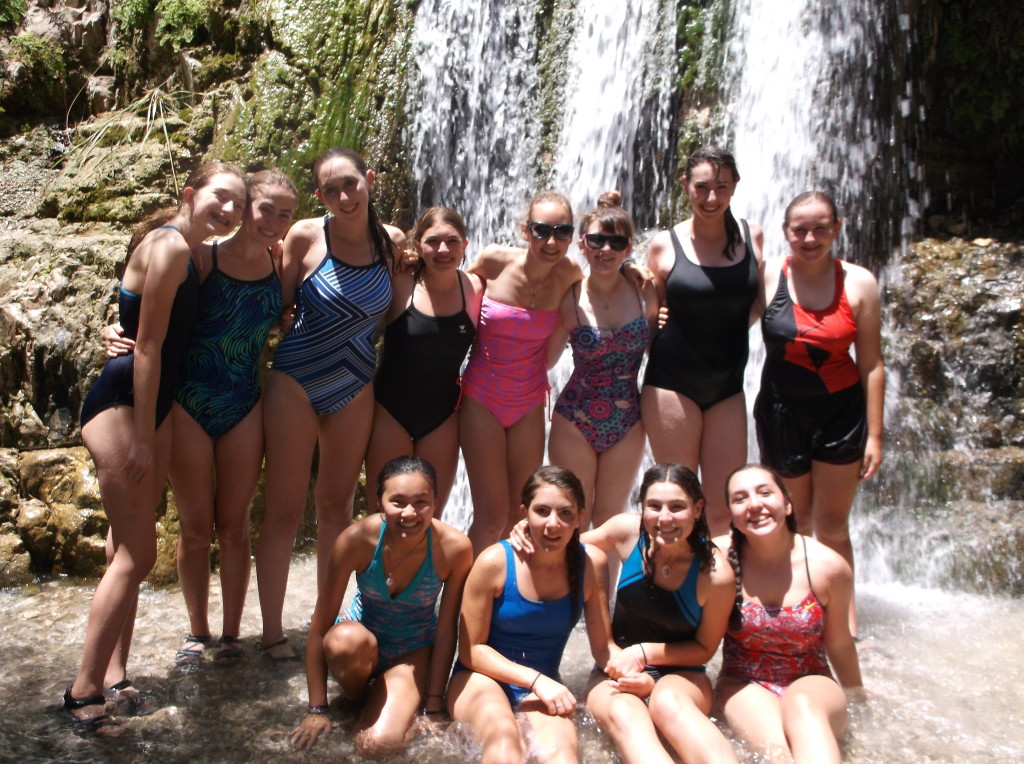 We hiked the Ein Gedi natural reserve, a beautiful natural park. We hiked in sweltering hot weather, but it was worth it when we finally got to drench ourselves in a beautiful water fall!  Moving on… Our tour guide gave us a quick seminar on what not to do in the Dead Sea so we were prepared for our amazing experience. Many of us went into the sea as fast as we could. The sea itself was incredible! Its high levels of salt allowed us to float on top of the water, but any cuts or open wounds caused us all great anguish. After floating on the sea for a while, we slathered ourselves in natural Dead Sea mud which both heals your skin with minerals and makes you look like a horrible monster. We retired to the Mount Masada hostel where we will eat dinner and try to get to sleep before we are awoken at the unholy hour of 4am to climb the great Mount Masada, but that’s a story for tomorrow! 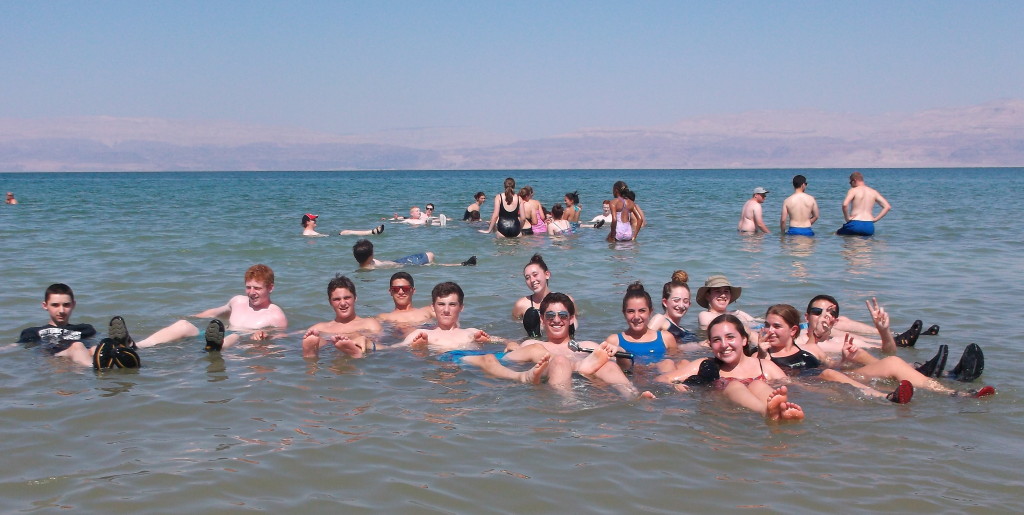