This morning we departed from the Ohalo manor and ventured to the city of Tzfat. We first visited an artist who drew his inspiration from Kabbalah. He made many artistic pieces based on kabbalistic ideas of Judaism, for example the sounds of the shofar on Rosh Hashanah. We then saw two musicians who played very obscure instruments such as a ‘bell drum’. After this interesting experience, we visited the synagogue of Rabbi Isaac Luria which is considered to be the oldest, still-functioning Jewish synagogue in the world and learned about its history. We then were given a few hours of free time in the city. During this time we were able to explore all of the cracks and crevices of the city and our cultural surroundings.

After visiting Tzfat we went to a Jewish-Arab circus. It was a beautiful example of Jewish-Arab integration and peaceful coexistence. We did many activities with the children at the circus and had a great time. 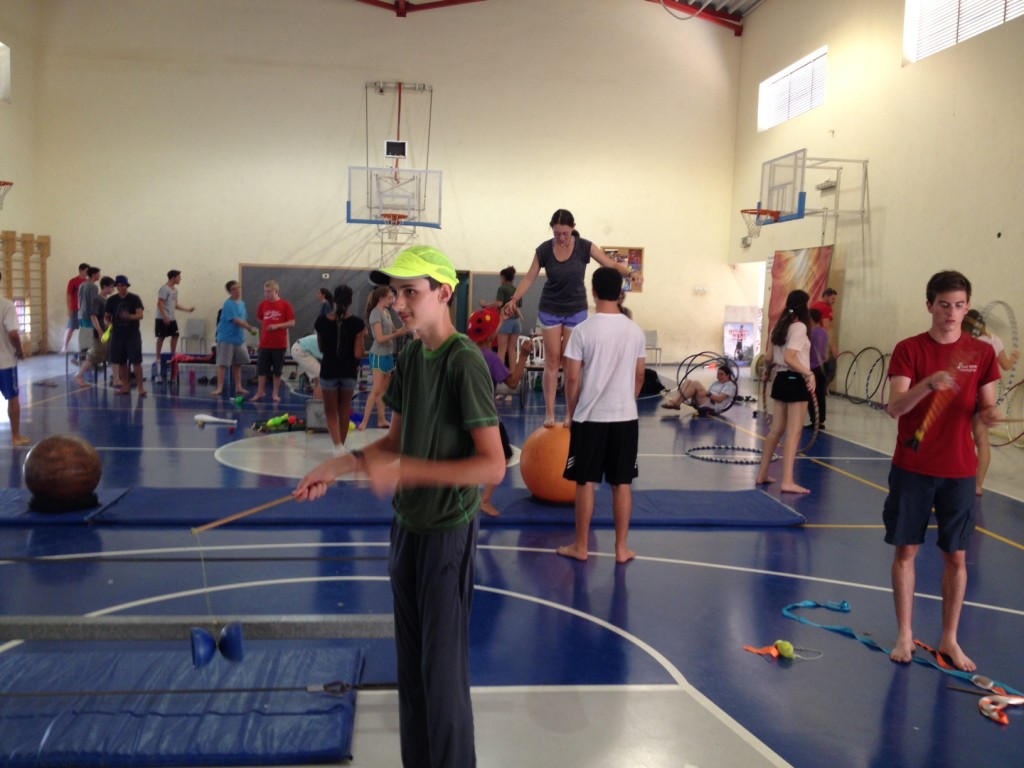 Next, we came to kibbutz Shomrat where we are staying for two nights. We enjoyed the leisurely atmosphere by lounging around on hammocks and swimming in the pool. We had an intriguing evening activity in which we discussed our Jewish values and what factors shape our Jewish identity. It was a very eventful day, but nonetheless we all enjoyed ourselves greatly.