Today was an incredible day because we finally arrived in Tel Aviv. We started our day by traveling back 130 years to the first colony of modern Israel named after the father of the main benefactor, Yakov Rothschild. This was where the ultra-orthodox families from Europe settled and began work in agriculture. We then walked around the colony for a little but then ran to get ice cream from Aldo. We played on the playground for a bit and then got back on the bus. 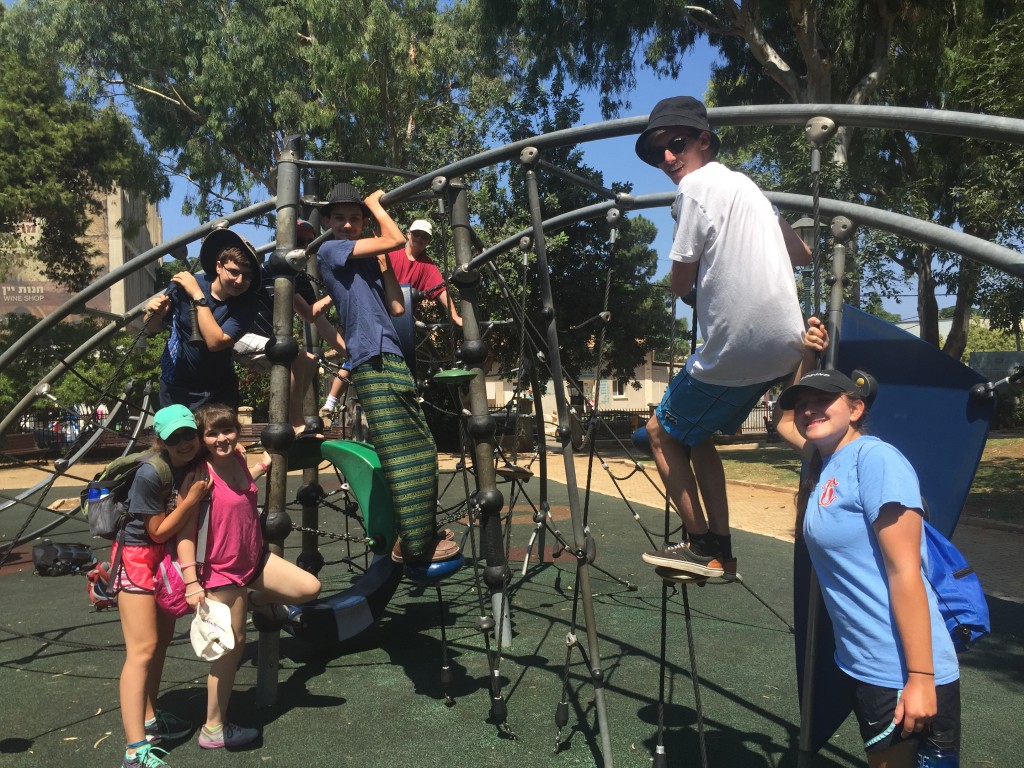 Next we drove to Caesarea where we enjoying the incredible architecture and history in the ruins of the city from the Roman period. We had a foot race in the Hippodrome and then to cool off we jumped in the sea for a quick swim. 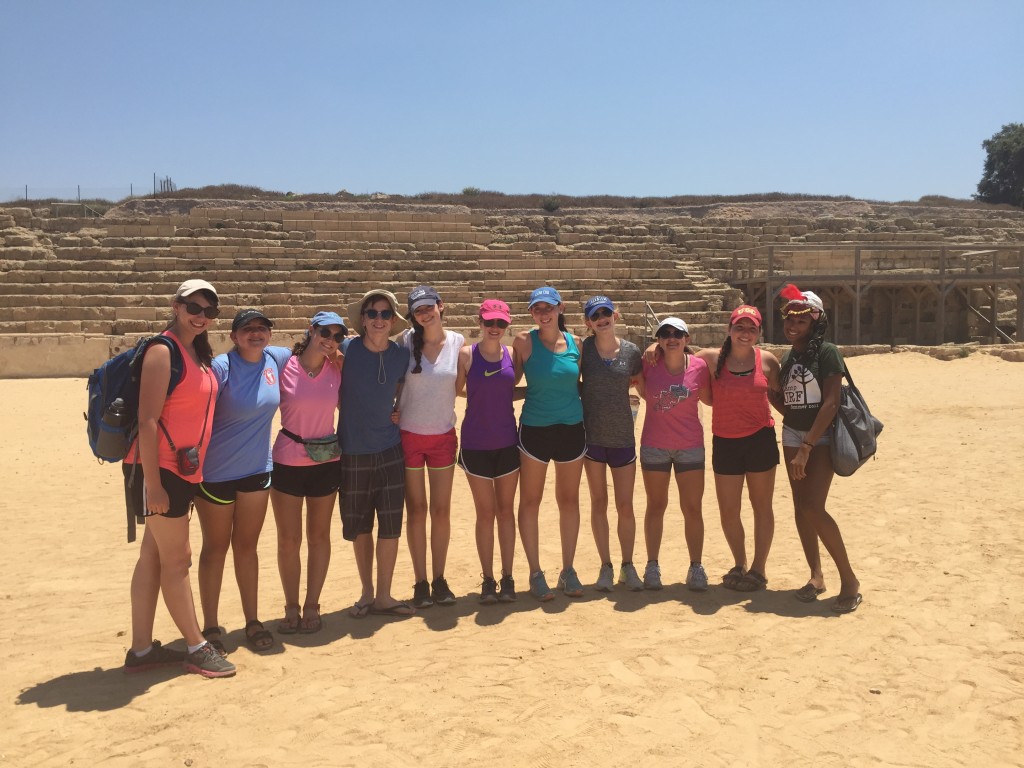 After leaving, we were welcomed by Itai’s family for a wonderful lunch at his house. Finally, we  arrived  in Tel Aviv!! At our first stop, we sat down with two Israeli men in the Gay Center and discussed the struggles of living in Israel as a homosexual, and the efforts being done by the IGY movement to make Israel more safe and welcoming towards the LGBTQ community. 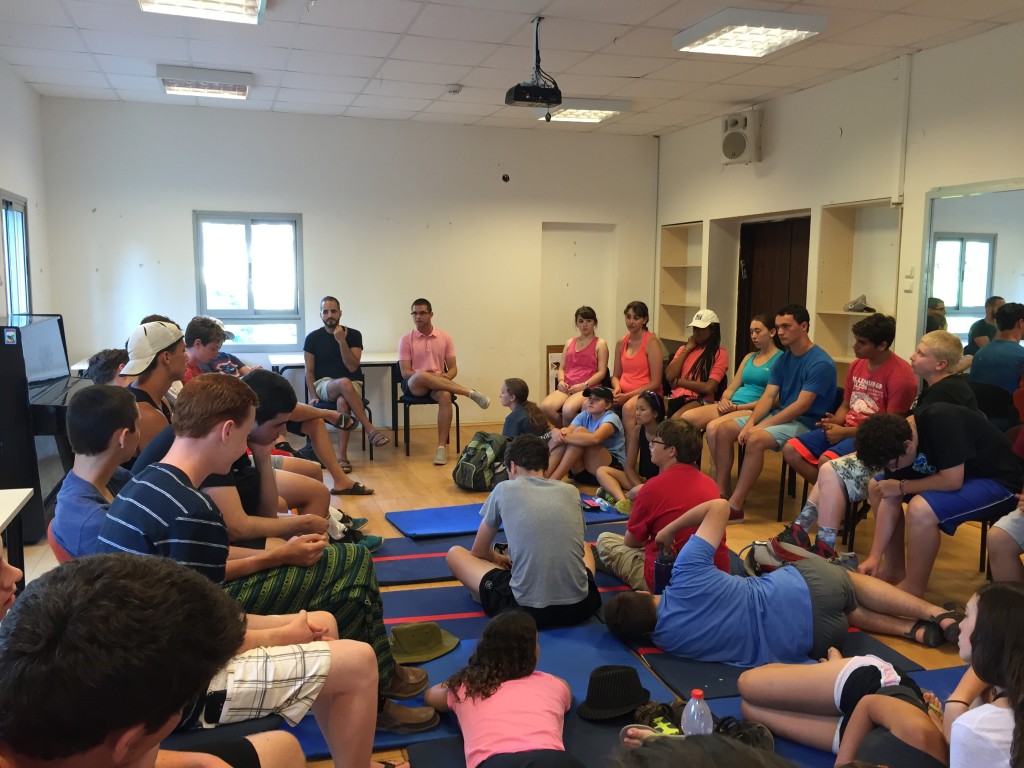 To conclude our day we arrived at our hotel, showered up, and then met family, friends, and a former Camp JRF counselor living in Israel. We all had the awesome opportunity to walk around and experience the true vibe of Israel’s most happening city. We can’t wait for three more special days here!!